Kodo’s Funnel Stand has become a staple in programs around the globe since 2012. Originally designed to elevate funnels in the sensory table, this preschooler top pick has instant appeal. Children love using the stand as intended and in no time at all they’ll find many other tools to use with it. We hear about these ideas from programs all the time and thought we’d share a few favorite ideas with all!

Try These Items Under The Funnels…. 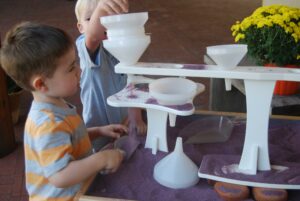 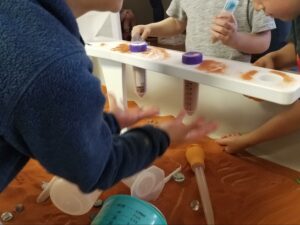 Over the years we’ve learned that children love to explore a variety of materials with the funnel stand. It’s not surprising that sand tops the list. Here are some others… 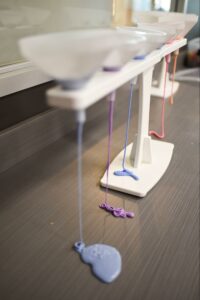 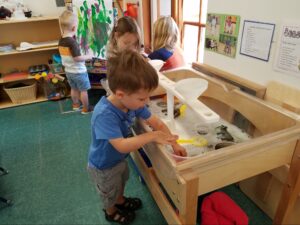 That’s Not a Funnel Stand, It’s A…

When children are able to move tools and materials throughout the classroom their imaginations often take flight. Here are some unique ways we’ve seen and heard about over the years….

If you have a story of how your young explorers use your classroom Funnel Stand or Toddler Funnel Stand, we’d love to hear from you!

You can find out more about which cookies we are using or switch them off in settings.

This website uses cookies so that we can provide you with the best user experience possible. Cookie information is stored in your browser and performs functions such as recognising you when you return to our website and helping our team to understand which sections of the website you find most interesting and useful.

Strictly Necessary Cookie should be enabled at all times so that we can save your preferences for cookie settings.

If you disable this cookie, we will not be able to save your preferences. This means that every time you visit this website you will need to enable or disable cookies again.

This website uses Google Analytics to collect anonymous information such as the number of visitors to the site, and the most popular pages.

Please enable Strictly Necessary Cookies first so that we can save your preferences!

Please enable Strictly Necessary Cookies first so that we can save your preferences!